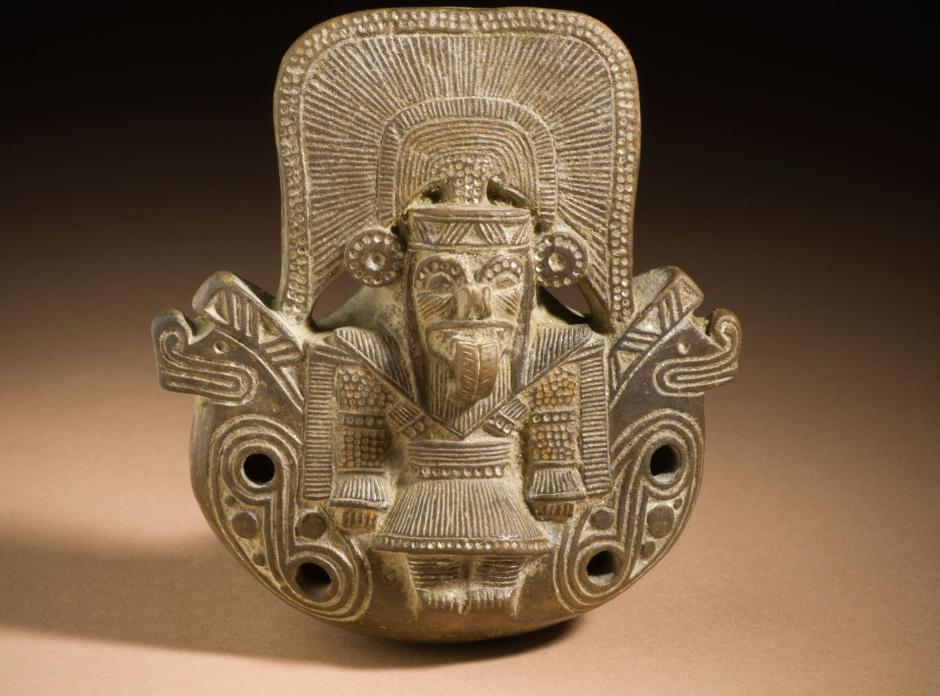 In spite of the popular legend of El Dorado, the conquest of Colombia never quite captured public imagination the way the conquest of Mexico or Peru did. The most valuable source of information, apart from the diverse archaeological remains, comes from Spaniards who looked beyond gold to see the marvels of the New World. Some wrote accounts, while others collected letters and reports by conquistadors for compilation into publications.

This exhibition follows the 16th century journey of Pedro Cieza de Léon, one of the most important chroniclers of the conquest, who landed on the north shore of what is now Colombia in 1533, through the Cauca River Valley. Throughout the exhibition, quotes from his descriptions are used to compare and contrast the views of 16th-century Spaniards with the insights of recent scholarship that pertain to the objects on view.

Colonial text sources convey the impression that 16th-century Colombia and its inhabitants made on the conquistadors, and in many cases the objects appear to illustrate the same world that the Spaniards described. However, recent study of the material culture and indigenous groups of Colombia reveals that the history of the people of Colombia is older and more diverse than is apparent in historical documents.

For additional information, view the exhibition page on lacma.org.