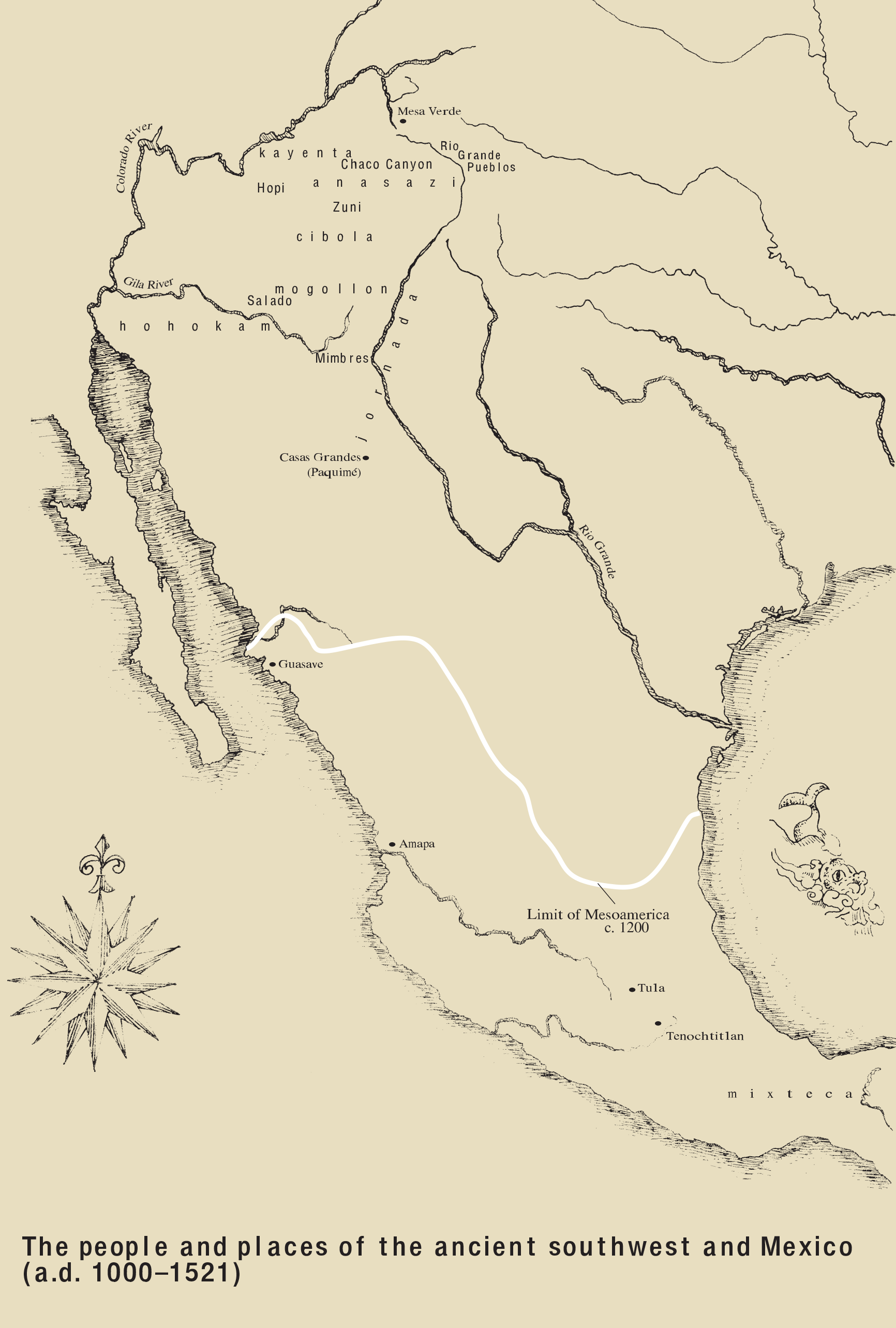 The People and Places of the Ancient Southwest and Mexico

Map created for: The Road to Aztlan: Art from a Mythic Homeland Exhibition (LACMA 2002)

Aztlan, meaning “place of whiteness” or “place of herons,” is the mythical place of origin of the Mexica, or Aztecs. According to their pictorial manuscripts, the Mexica left their island homeland under the guidance of their primary deity, Huitzilopochtli. They migrated to a series of locations, eventually reaching central Mexico, where in 1325 they established Tenochtitlan, their capital city. Aztlan entered the Western imagination in the sixteenth century with the arrival of the Spaniards in the Americas. Intrigued by tales of the mythical land, they conflated the indigenous legend with medieval travel accounts of fabulous cities of great wealth. Aztlan was thought to be located somewhere to the north of the Aztec empire, and the Spaniards’ quest to locate the rumored utopia they called Cíbola led them to explore and eventually colonize the area now known as the American Southwest.

The Road to Aztlan: Art from a Mythic Homeland explores the art derived from and created about this legendary area. The exhibition presents a historical overview of the deep cultural and spiritual ties that have existed between the Southwest and Mexico from the pre-Columbian era to the present day, focusing on Aztlan as a metaphoric center place and place of origin.